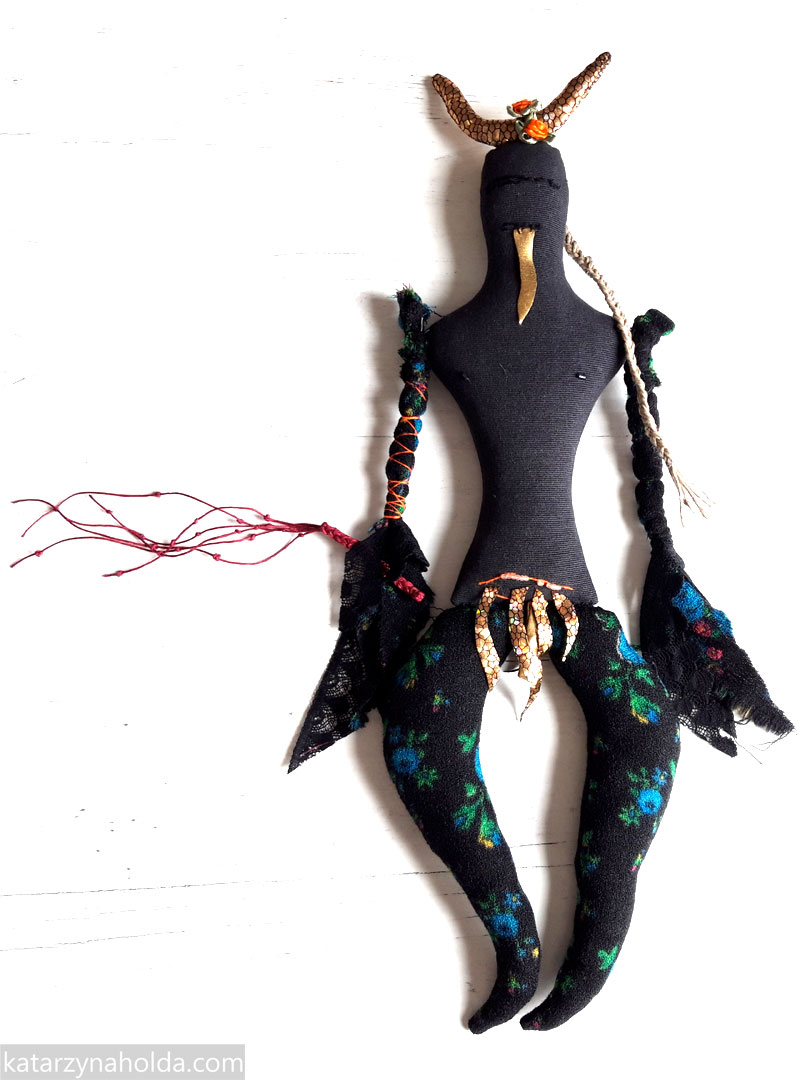 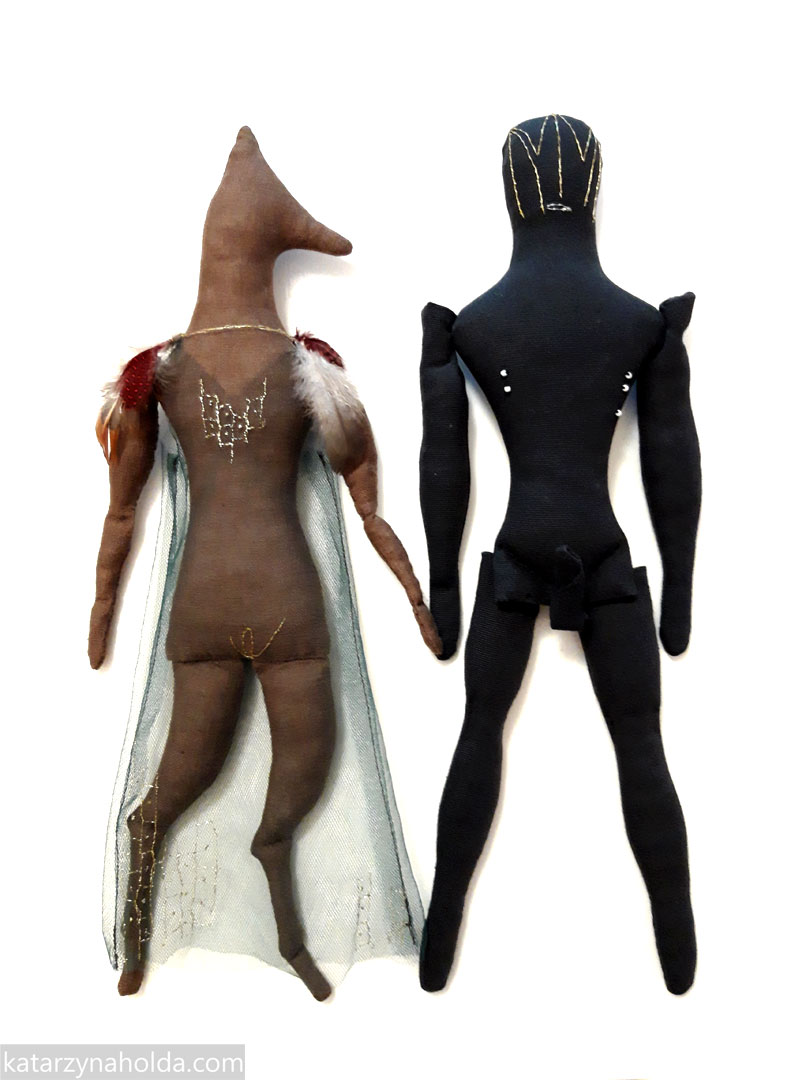 The Empress and The Emperor

The Empress and the Emperor are one of the great arcanas of Tarot. They symbolize the archetypes of rulers and parents. Today the interpretation of the Empress as Mother Nature (Great Mother) is also popular. My Empress is referring to this interpretation. She has a human-animal body, a necklace with bird feathers, and a pattern of plant cells embroidered with gold thread on her green tulle dress. The Emperor has white beads sewn on his breasts, symbolizing milk - this is the figure of the Nursing Father. 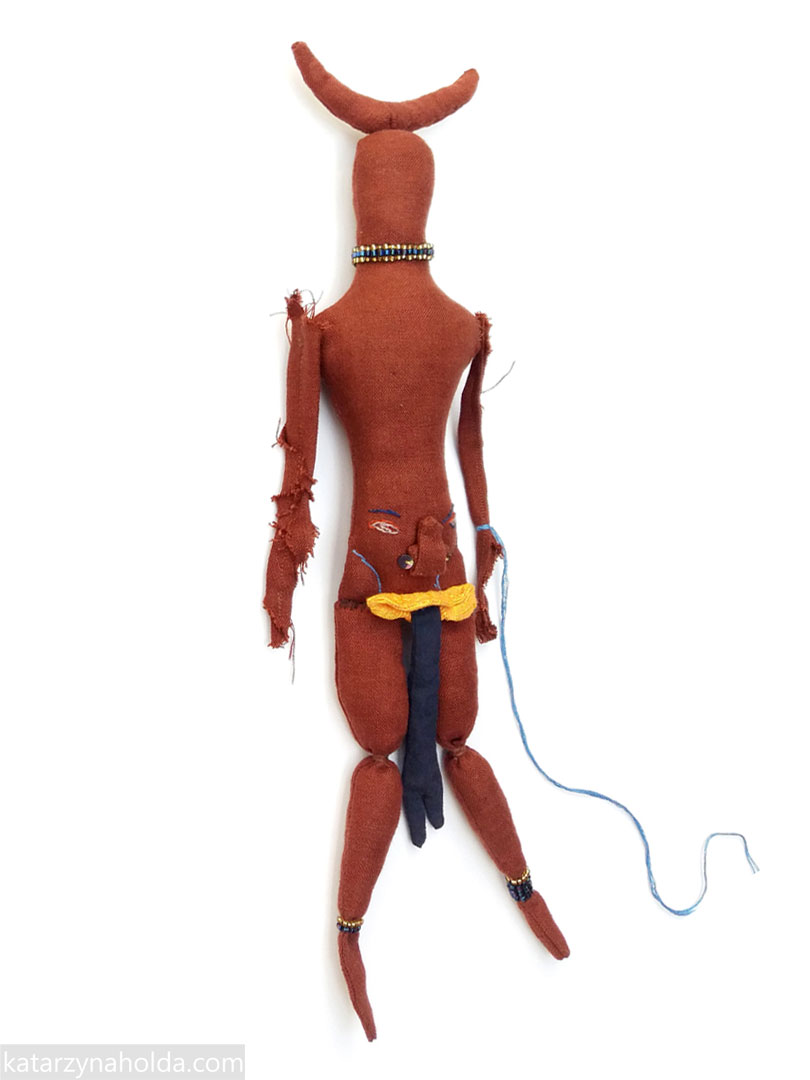 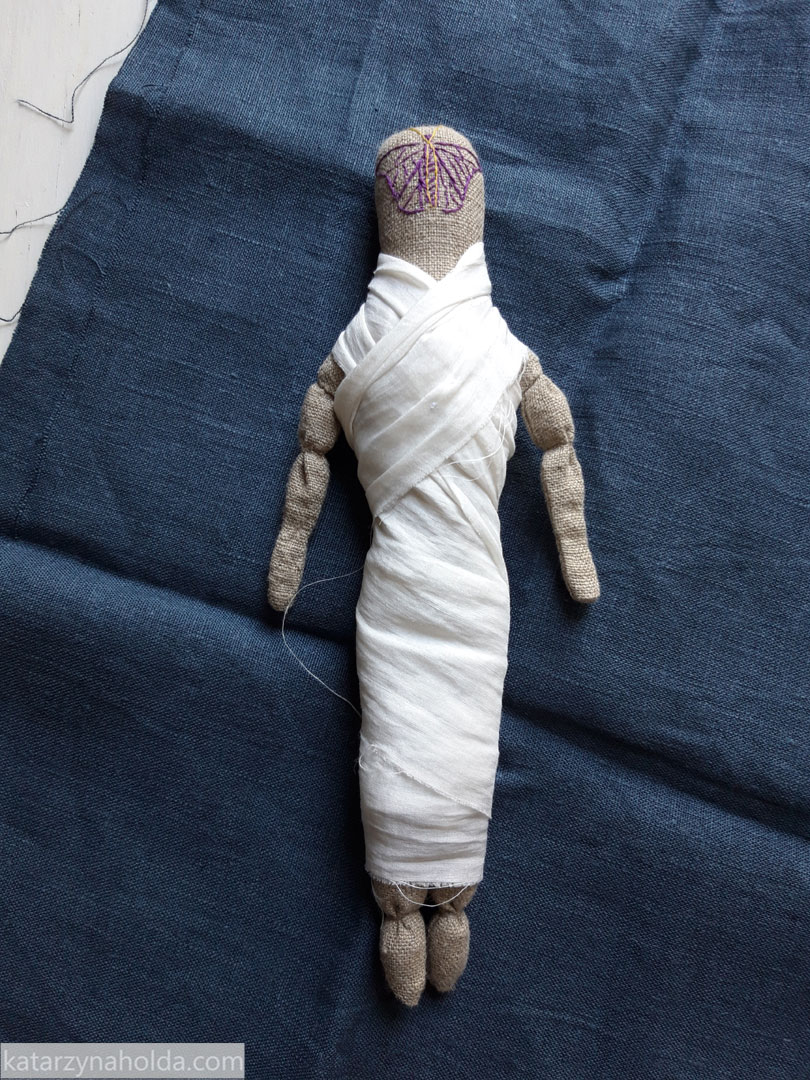 A death in tarot is traditionally shown as a sceleton or transi of an adult person. She symbolizes death, reneval, purification, end of something, new beginnings. My Death is shown as a child - becouse we die to make space for new children. A butterfly at Death's face is symbol of a soul.